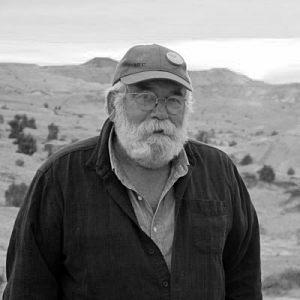 Robert retired from the National Park Service as an Associate Regional Director, Northeast Region where he directed planning, natural resource, historic preservation, capital construction and community partnership programs for the region. He has served on international projects in China, India and Mongolia. Robert served as the General Superintendent, Gateway National Recreation Area in New York/New Jersey and held various planning, policy and senior management positions throughout the country in the Department of the Interior – Bureau of Outdoor Recreation and later as the northeast regional director for the Heritage Conservation and Recreation Service. Robert serves on the Boards of Lowell’s Boat Shop, the Mongol Ecology Center, the New Bedford Whaling History Alliance, and is a member of the Essex National Heritage Area Commission. Bob is a recipient of the U.S. Department of Interior’s Distinguished Service Award.

Tumen is a South Gobi native, with a sense of humor typical of the region. (When asked to offer a short bio for inclusion here, he simply replied ``I
More information 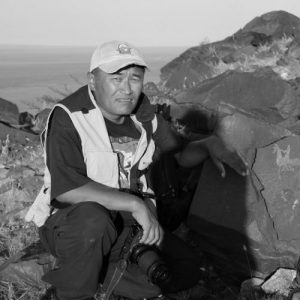 Tumen is a South Gobi native, with a sense of humor typical of the region. (When asked to offer a short bio for inclusion here, he simply replied: “I was born in the Gobi and I will die in the Gobi.”) We know, however, that he has been working in the tourism sector of Mongolia since 1993 and is a head of the Amazing Gobi Tourism association. He also founded the Camel Association and Thousand Camel Festival with a purpose of protection of the decreasing number of Bactrian camels. He is one of the driving forces behind middle school Eco-Clubs around the South Gobi province. While serving as a member of the Civil Council of the region he had initiated a series of conservation projects around the South Gobi to protect wildlife and restrict development of mining explorations. He loves nature photography and his wildlife photos have been featured in solo exhibitions. Author of the Guidebook to South Gobi and Birds of the Gobi books Tumen runs Tum-Eco-Tours a boutique tour operator specializing in birding and wild-life trips around Mongolia. Tumen graduated from the Mongolian State University of Education in Fine Arts and holds a master’s degree in Tourism Management.

Gary, Director of Earth Island Institute's Russian programs, has worked to nurture the growth of the Russian environmental movement as
More information 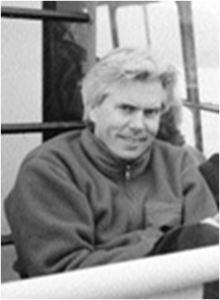 Gary, Director of Earth Island Institute’s Russian programs, has worked to nurture the growth of the Russian environmental movement as a whole, offering particular support to the many activists that are fighting to protect Lake Baikal. Over the last 20 years, Earth Island and Gary have helped with the establishment and support of several dozen environmental groups located throughout Russia. In addition, Gary has served as advisor and partner for many other organizations working in Siberia, including the World Bank, the Global Environmental Facility, the United States government, numerous western NGOs (including the Tahoe-Baikal Institute, Earth Corps, Pacific Environment, etc.) as well as each of the eight national parks and nature reserves located within the greater Baikal region. Earth Island’s partners in the former Soviet bloc have used this help to lead a number of campaigns that protect the Siberian wilds, while promoting non-industrial development throughout the region. Earth Island has already conducted some 40 international eco-tours to Russia. In so doing it has brought profits to the nation’s struggling national parks, as well as to local environmental groups. Earth Island has also been in the forefront of confronting oil and gas developments in northern Asia, as well as the many uranium and gold mining projects that are spreading to all parts of eastern Russia. Finally, given the fact that over 40% of the Baikal watershed is located upstream in Mongolia, Gary and Earth Island have promoted greater trans-boundary cooperation between Russians and their Mongolian neighbors to the south.

Batsaikhan was one of the riders of Ride for Rangers 2014 Rally. He is a native of Ulaanbaatar, the capital of Mongolia.
More information 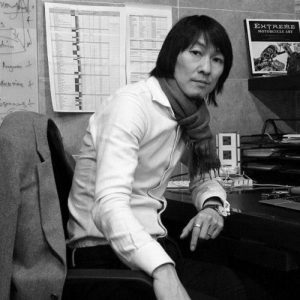 Batsaikhan was one of the riders of Ride for Rangers 2014 Rally. He is a native of Ulaanbaatar, the capital of Mongolia. He is the founder and General Director of Platinum Gate Architecture and Interior Design Corporation. In partnership with the Mongol Ecology Center and experts from the US National Park Service, Batsaikhan is spearheading the signage system and architectural theme project of Lake Hovsgol National Park.
He has been an avid motorcycle rider for the last 20 years and is the Vice President of the Harley Davidson Owners Club in Mongolia.

As a son of a career diplomat, Yeruult has developed since early childhood interest in languages, cultures, and international
More information 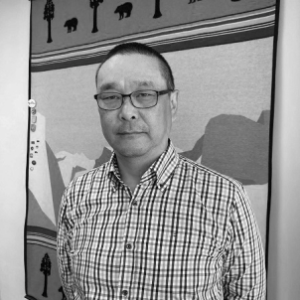 As a son of a career diplomat, Yeruult has developed since early childhood interest in languages, cultures, and international relations. He studied journalism in the former USSR and started his career as an external relations officer in the Ministry of Health of Mongolia and then at the Mongolian Red Cross Society (MRCS) in the early 90’s.
He was the first Mongolian national to be recruited by the International Committee of the Red Cross (ICRC) in 1995 where he worked for 15 years. He traveled extensively and lived in a dozen countries in Asia, Africa and Europe for his humanitarian work to protect and assist victims of conflict.
After coming back to Mongolia he worked at the Ministry of Foreign Affairs of Mongolia at the Department of Neighboring and CIS Countries and the Ministry of Environment and Tourism of Mongolia where he was responsible for its international cooperation.
He also worked for local and Mongolia-based international NGOs and in the private sector. He is married with one daughter.

Sidebar
Start typing to see posts you are looking for.